An example of the material pruned out. Notice the compact rootball with the fine roots, ready to be potted up in pure Akadama. We selected 3 different sizes: Sho-hin, Chu-hin and small midsize. All this is perfect startersmaterial for long time project quality bonsai. from wednesday on these will be in our sales area. Starting from 35€ till 75€.

Last week I visited my friend Marc in Spain. Marc left Belgium 5 years ago and was looking for a better climate and a better life. I know Marc for more than 20 years, we always were good friends. He took a lot of workshops at my place and was attending also the “Kawabe School” which I organised. On this photo 3 Pines that we did together. 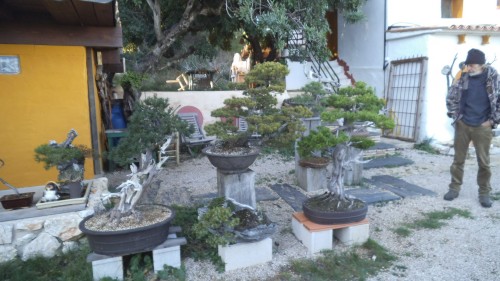 Here a part of his collection that he brought over from Belgium to Spain. The climate for the Juniperus and the Pines seems to be very good. Even in the high mountains, were he lives, with lots of wind sometimes it is no problem.

A part of his midsize trees surrounded with deadwood that lay around in the garden.

The garden is 3ha big in open nature. Surrounded with fruit trees, cactus varieties and 100’s of different varieties of plants. Nobody can create a garden like nature does. 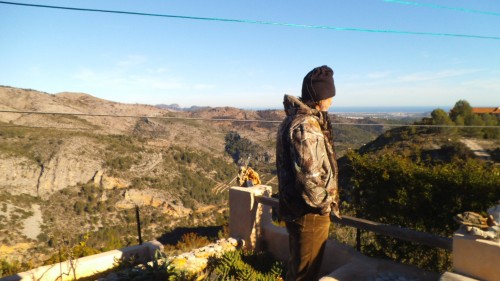 Waking up every morning with a view like this surrounded by silence is always a good feeling.

Take a walk higher in the mountains with the perfect car to go off road.

Sightseeing on a platform in the high mountains.

Finally back on the main road. 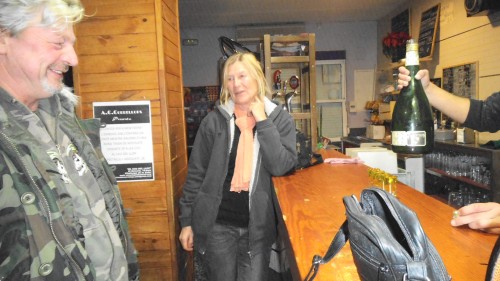 After a long day tasting some local specialities with Mark’s wife Luce at the bar.

In december 2000 we did the 1st styling of Johan’s yamadori Hawthorn. After selecting some branches we wired everything and spread it wide open. At that time we were not sure that the two trunks were connected to each other.

In july 2001 we did another wiring including the new growth.

Februari 2002 the first repotting in a hand made pot. Winterpruning;  first selection of ramifications and reducing the thorns for 50%. Now it was clear that the two trunks were connected so it was a clump style.

In the beginning of certain projects you have to make a choice how many times you want to wire the tree. In this case we never stopped wiring after every selection and every growing season. The reason was that we did not let the wire snap in. That is way it takes more effort in wiring. This photo was taken in May 2002.

December 2002. There is a lot of new material added on the tree including on the apex, we are nearly there.

Juin 2005. We achieved our first step in our project. This photo is taken after our first selection to achieve an older image. The selection we did with the leaves on to keep the silhouet of the tree.

March 2008; a new repotting was necessary after all the years that we added a lot of new growth on it. To continue  our pruning in order to achieve an older image we need a healthy tree that is why we give some space in the pot to grow. Inside we selected the natural line of the wired branches and checked also the budding that reassure the tree to grow. 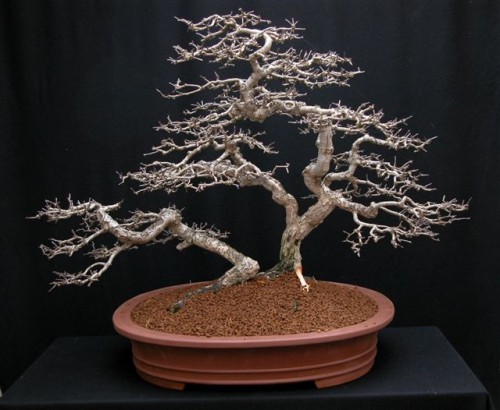 March 2011. Now we are in the most difficult period; the tree is in a stage of training that he can loose branches or win branches and ramifications. The technique for a more refined ramification is very intense, that is why we give the tree the best growing conditions in an oversized pot. All the trees in such a long time project are growing slower and slower every year and at the end they would be stop growing and just open their buds with leaves. That means there is no progress anymore, from than on it goes backwards. This repotting came just in time for the tree and we can continue with our next step.

May 2012. This is a slow process, we have to find the balance between strong growth and slow growth before we continue our work. 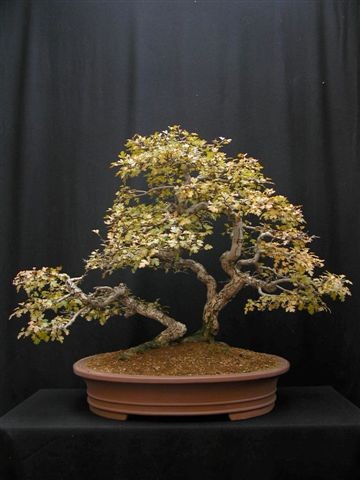 November 2012. Before we are going back to a pot that fits the image, we have to change 50% of the buds into growing buds. That will probably take about 2 to 3 years. Always remember the different stages in building up and the maintenance you do at these different periods. Notice always how strong or slow your tree is growing before deciding which kind of pruning. In worst case scenario branches will start to die off, that means you were too late. Here with the Crataegus we were just in time. Never think the work is done, with living material the work never stops. It is not the owner that decides when a tree is on his best, the tree itself will make that decision.

This flowering specimen is not so common as a bonsai. This tree is origin Japan and still in his building up state. Already a very good image, flowers end of april – mai – juin, depending were the tree stands (greenhouse or outside)  and the weather.

Tree is on our sales benches for a special price. 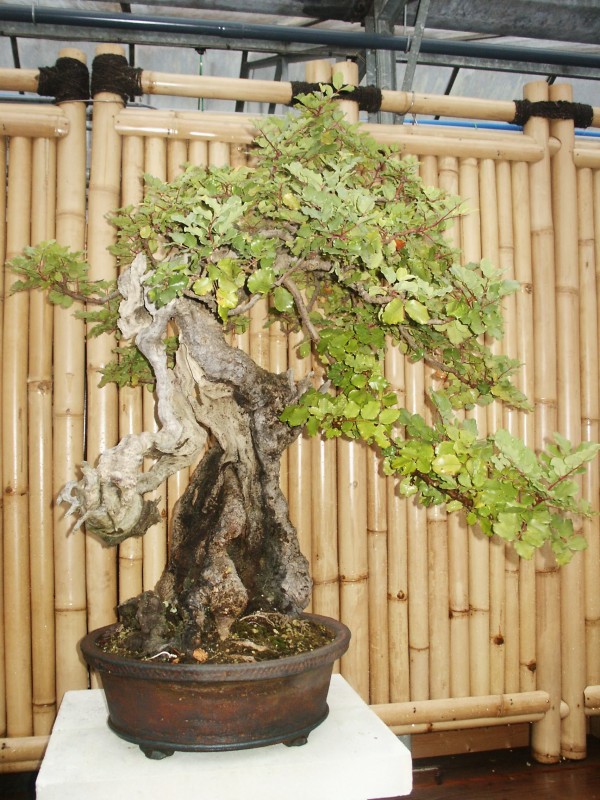 I have this european yamadori about 12 years, it is a mediterranean variety. In our climate we have to be careful in wintertime, I let it not come below  -2°C. The handmade pot for this tree was made by Dan Barton. The tree is for sale now.